Home
Videos of barking Dogs
Waking Up To Good News: Man Who Was In A Coma Woke Up And Finally Reunited With His Beloved Pooch

There are countless and heartbreaking situations that can separate a dog from its beloved owner. And sometimes, it’s the owner’s hospitalization.

An unnamed man and his pup were separated after an explosion in Baltimore ravaged their home, which left the man with severe burns. But thankfully, a happy ending awaited the two of them.

The loyal pup waited for his human

According to the Baltimore Animal Rescue and Care Shelter (BARCS), it was a miracle that the man and his loyal dog managed to survive the disaster. After the incident, Barak, the dog, was transferred to the BARCS facility while his dad was placed in a medically induced coma to efficiently heal his life-threatening burns. The man had told the doctors who were treating him to keep Barak safe and be returned to him when he got out of the hospital.

A few days after the dog arrived at BARCS, the shelter had been informed that his owner was expected to stay at the hospital for at least a month, though it could be longer. Fortunately, BARCS was able to accommodate Barak since the ongoing COVID-19 pandemic had encouraged people to foster animals, resulting in more open space.

While the dog’s return date to his fur dad was initially unknown, the shelter pledged to take care of him as long as needed.

The man and his dog were off to a new start

At last, Barak’s dad woke up. But he and his pup faced a new challenge — finding a new home that is dog-friendly.

The shelter shared that the first place Barak’s owner found didn’t allow dogs. And while the man was still trying to put his life’s pieces back together, BARCS gave him every assurance that Barak could stay at the shelter.

In the end, Barak and his dad reunited for real after finding a dog-friendly home. BARCS said that the two hugged and kissed. Those who were watching them were even in tears! 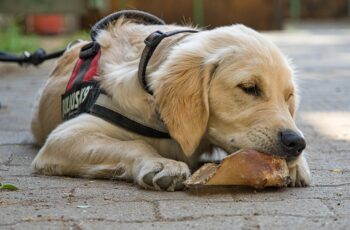 Service dogs are supposed to stick with their owners wherever … 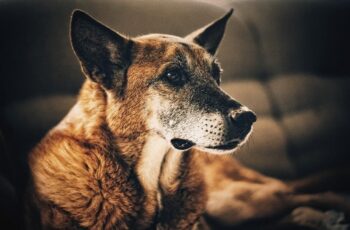 Here is a heartwarming story of how one dog turned …