Home
All Barking
A Woman Who Had Been Missing For Days Is Found Safe And Sound, Thanks To A Devoted Dog

Dementia is one of the most common disorders among the elderly. It affects cognitive function and eventually worsens to the point where it can interfere with daily tasks. People with dementia frequently become confused and forget even the most fundamental and common things they have known for decades.

Alzheimer’s disease was diagnosed in a woman named Sherry Noppe. Sherry was 63 years old, but she continued to walk the trails in a neighboring park. She would frequently walk her dog, Max, and return home.

However, Sherry did not return home one day, causing anxiety among her family and friends. Sherry was familiar with the pathways in George Bush Park and had no trouble locating her residence. Her memory was impaired by her dementia, so she got lost.

Sherry’s relatives and friends, together with deputies, scoured the 2,700-acre park on foot and on ATVs. They searched for Sherry for three days but were unsuccessful. On the third day, Sherry’s family and friends established a second search team, but had already resigned themselves to the worst case scenario.

Fortunately, they were saved by the sound of a dog barking, which turned out to be Max. No other dog was there at the time, so the individuals searching knew that Max’s bark had been heard. They immediately traveled in the direction of the bark and located Sherry and Max.

Sherry was a little dazed but overall in good health. Max was also unharmed, and it was all because to him that Sherry was located. Max was remarkable in that he was not on a leash or collar. He chose to spend three days with Sherry.

Sherry was sent to the Hospital Memorial Hermann. She was quite shaken by the ordeal and sustained minor injuries, but she is expected to recover. Max was taken to the veterinarian to be evaluated and to receive a bath. Here is a video showing how a loyal dog assisted his dementia-stricken owner in being located by rescuers. 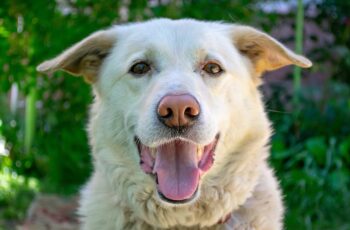 When Betty, a five-year-old kitten, was rescued, she didn’t want … 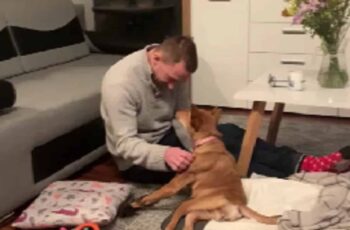 Dogs love it the most when their fur parents focus …