A woman named Jennifer Hoyt and her fiance, Dennis Schaffer, are both active duty members of the United States Army stationed in Hawaii. They both agreed that they would not get a dog until they had completely settled down.

Jennifer was the first to come on the island, and they intended to find a home after Dennis joined her a few months later.

But as a dog lover, the kind-hearted woman realized she could not avoid dogs. That is why she chose to volunteer at the local shelter. Her time there resulted in the addition of a family member. This new addition is Pirate, a senior dog.

The mixed breed dog was already seven years old when she was found as a stray and was brought to the local shelter which she eventually called home. Thankfully, the shelter was no-kill, and volunteers took care of her. Everyone was disappointed that nobody wanted to adopt the animal.

That is why they were so astonished when Jennifer wanted to see Pirate one day.

As it turned out, the dog-loving woman had visited the shelter’s website the day before and stumbled upon the elderly dog’s photo and bio. She felt sorry for the dog and desired to improve her life.

Jennifer returned frequently over the next few days as her way to make Pirate comfortable. She even purchased a new bed and some toys for her.

Initial progress through Pirate was difficult. However, Jennifer patiently attempted to gain her trust. Their bond grew stronger over time. Jennifer recognized that it was time to bring the senior dog home.

When Pirate first met Dennis, she did not trust him. Thankfully, Dennis was a patient man who eventually earned his trust. Now that they are a family, the once-unwanted dog is finally learning what it means to be cherished. 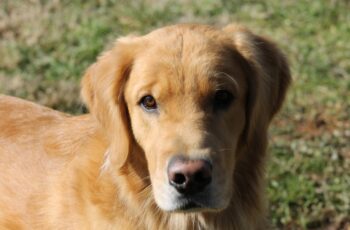 Dogs have unique ways when it comes to dealing with … 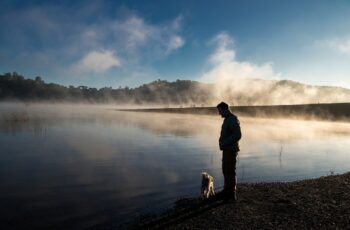 Volunteers from the non-profit organization Sunny Day Acres were about …