Home
All Barking
A Pigeon Who Can’t Fly Was Placed Beside A Puppy Who Is Unable To Walk, And They Became Best Friends Moments Later 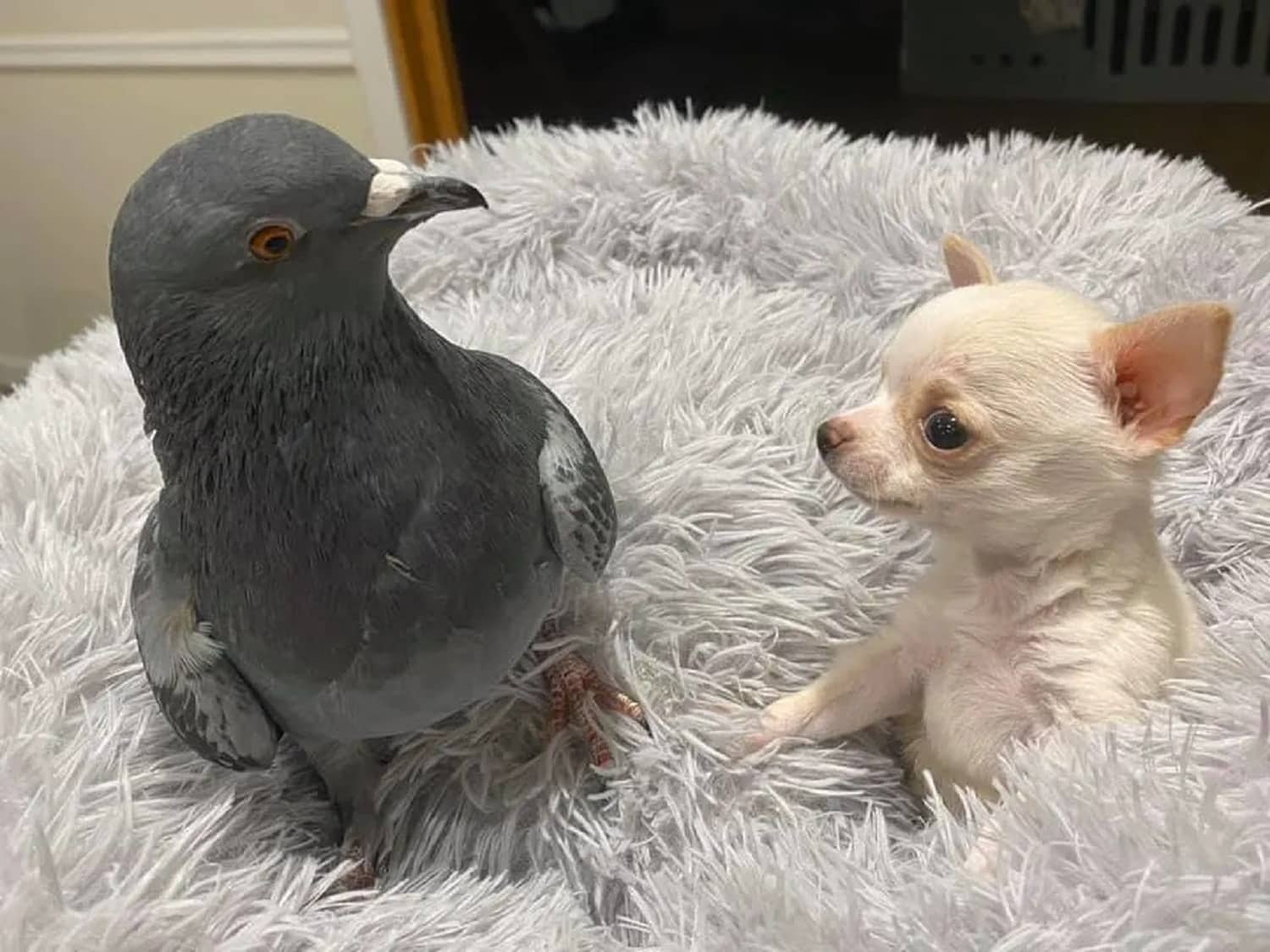 An unlikely animal pair – a Chihuahua puppy who can’t walk and a pigeon who can’t fly – found comfort and true friendship in each other.

This kind of relationship may sound like something you see in storybooks, but this one is real. The two met at The Mia Foundation, a nonprofit organization in Rochester, New York, that gives second chances to animals with disabilities.

The pigeon, named Herman, came to the foundation first. He is unable to fly, which is likely due to a brain injury or a viral disease. On the other hand, Lundy, a Chihuahua who can’t use his back legs, arrived much later. 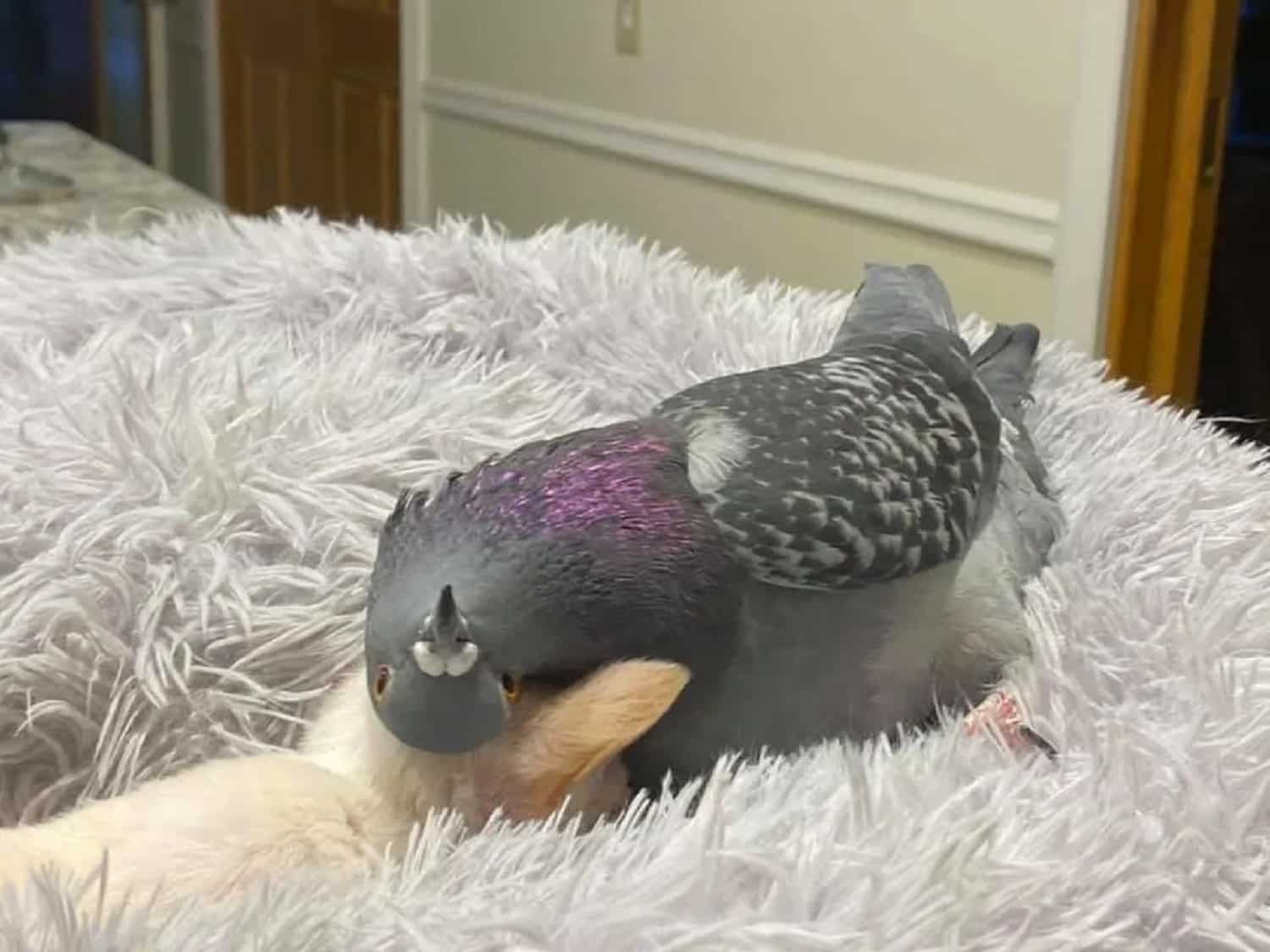 One day, Rogers placed Herman by the dog bed beside Lundy because she had to attend to the latter. To her surprise, the two snuggled together and became friends right away!

They looked so adorable together, so Rogers took out her camera and captured the moment. She posted the photos of their Facebook page, intending to share the purity of their friendship and lighten up the mood of whoever gets to see them.

To her surprise, Rogers received so many supportive messages, while people worldwide offered financial support for both of them!

The foundation unintentionally raised $6000 in two days alone, which is enough to cover the expenses for a high-end surgery for one animal.

Rogers also received overwhelming messages from people wanting to adopt Lundy. But according to her, he isn’t strong enough for adoption yet.

Others clamored never to separate the two. Rogers added that are at least 100 people interested in adopting both Lundy and Herman. 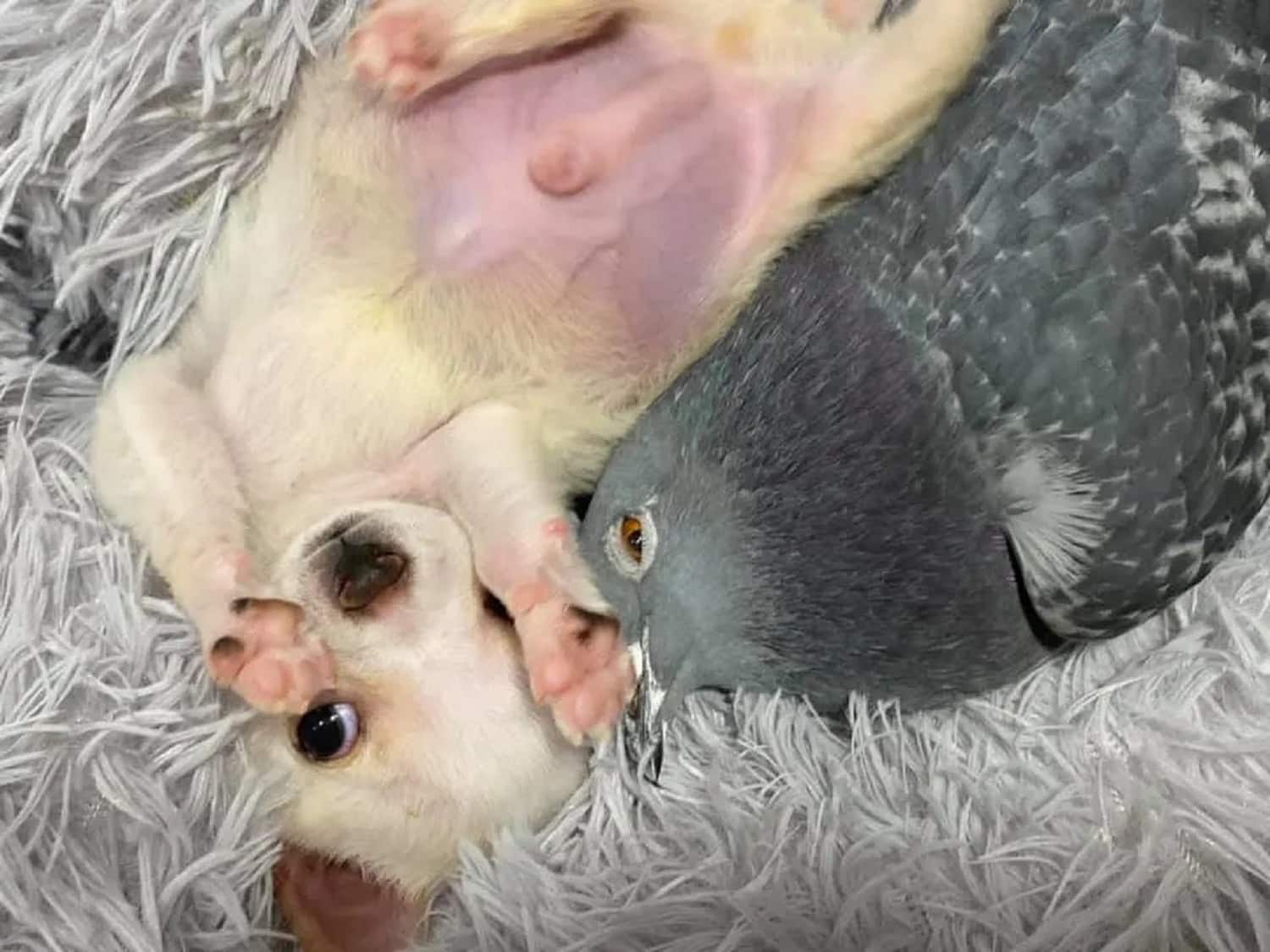 While it’s heartwarming to know that there are people out there who expressed their desire to adopt them, Herman and Lundy still need more time at the foundation for recovery and rehabilitation.

Still, Rogers thinks that their story appealed to many because they need to see and hear more happy and positive stories, especially during these challenging times.

For now, Herman and Lundy and take their time together while keeping everyone’s mood happy. 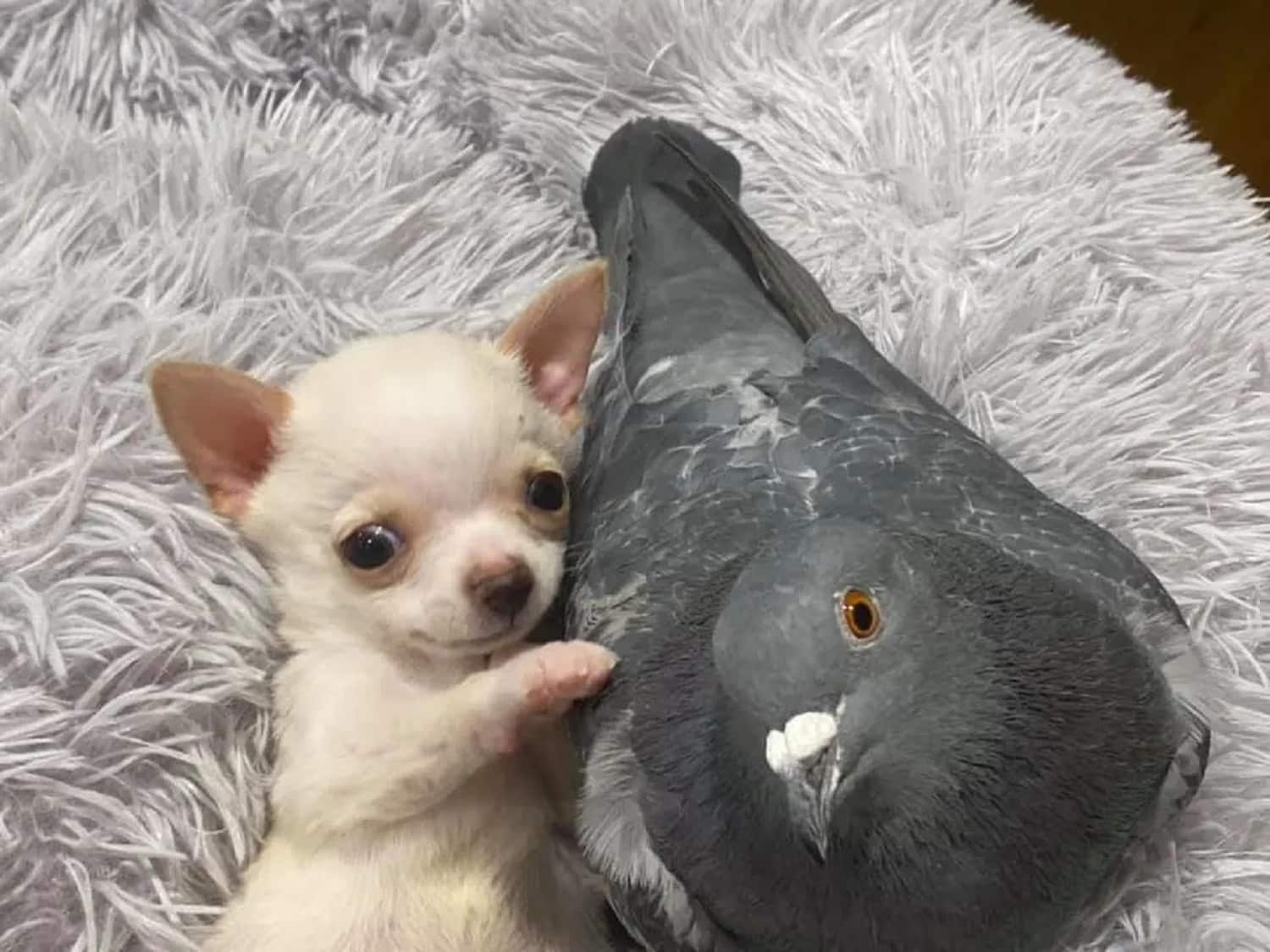 Take a look at their adorable friendship by watching this video: 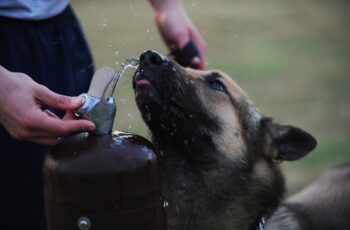 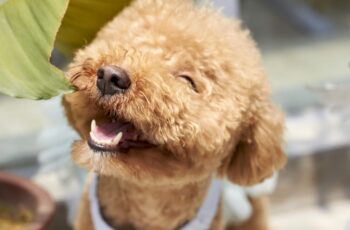 Like most dog sensations all over the internet, Kokoro is …