Dogs are courageous and strong. However, they can also be quickly frightened especially when they hear loud noises. In fact, thunder is one thing that they really get scared of the most. Because of this, many dogs need a safe haven when such loud sounds occur.

A dog named Albus has discovered the ideal hiding spot. There was thunder that time, and he didn’t leave his safe spot. Soon, his family started to look for him and they found him in his hiding place.

According to Albus’ owners, they realized that their pet was missing one afternoon. They decided to search for him outside.

While searching for him, they discovered a piece of fluff hanging from their truck’s undercarriage. A closer inspection finally revealed that it was actually Albus’ tail. The remainder of his body was concealed.

Albus’ fur dad noticed that the dog’s rear end was jammed between the pipes and car parts. He then went to check the other side of the car to look at the dog face-to-face.

The fur dad asked the dog about what he was doing beneath the truck. Albus, on the other hand, appeared cozy and satisfied. Even his tail wagged to say that he was okay there.

The family attempted to find out why the dog hid beneath the truck. The father then recalled that there had been a thunderclap. The dog likely heard it, became frightened, and searched for a place to hide.

People were really amused by what they saw. One TikTok user stated that she mistook the dog for a cat until the owner revealed the dog’s face. A veterinarian, on the other hand, remarked that Albus’ nervousness was through the roof for him to do that. 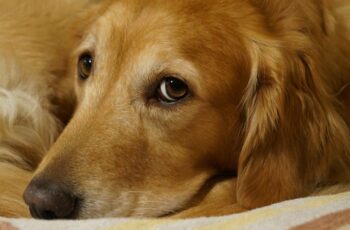 You never know what could possibly happen when you introduce …