Home
Dog Stories
Young Man Won’t Let A Lost Puppy Spend The Night Outdoors, So He Sneaks Her In After His Parents Have Gone To Bed

Ubaldo Apolinar is a young man from Irvine, California. One rainy morning, he heard scratches on their front door. He wanted to see what was going on so he checked outside, and he discovered a white puppy standing right on their front doorstep. She looked cold and looked even smaller than she was as she sought refuge from the rain.

Ubaldo told his parents of his discovery and requested permission to bring the dog inside. Sadly, they declined. Their landlord permitted them to only keep one dog, so they would be really in trouble if they took in another one.

Even though his parents told him not to feed the white puppy, this young man could not help himself so he fed the shivering and hungry animal outside. He took some dog food and then took it outside. When he approached the animal, it retreated slightly. However, it really did not take long before he was finally able to pet her.

It was unknown where the dog came from, if it was lost, or if it was abandoned. She was a bit dirty, but in overall she looked amazing. As a dog owner himself, Ubaldo wanted to find the dog’s owner.

Ubaldo joined different Facebook groups to try and locate the dog’s owners. While waiting, he ensured that the dog was given enough food and was kept clean.

When the rain finally stopped, it was already afternoon. Ubaldo and his sister decided it was the right time to play with her.

The day was about to end but there were still no leads on who the dog’s owner was. He decided to take her to the veterinarian the next day to find out if she had a microchip. In the meantime, he set up a cardboard shelter for her. However, he could not stop thinking about the poor animal that night.

Ubaldo went downstairs and then snuck the dog inside right after sensing that his parents were asleep. To keep her quiet, he played with her and offered her an improvised sweater made from an old sock. Then, before he went to sleep, he got a message from someone claiming to be the dog’s owner.

Ubaldo checked the individual’s social media accounts and confirmed that she was the legitimate owner of the pet.

The next day, he learned that the dog’s name was Bubba, and he’s delighted he assisted her in finding her way back home. 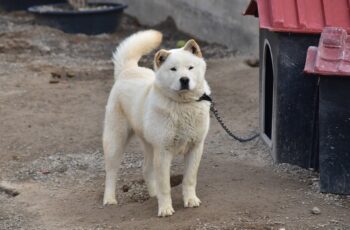 Dogs are not always welcome everywhere. Some establishments ban them. … 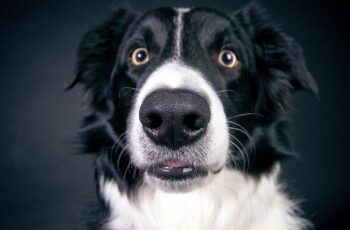 A lot of dogs experience immense trauma. But stumbling upon …