Dogs have unique ways when it comes to dealing with thunderstorms. Some are unfazed by the loud tapping of rain on the roof and the loud claps of thunder every now and then. Others retire to their nooks in the house and try to sleep the whole thing away. There are also those who quickly rush to their human’s side to protect them from the deafening duet of thunder and rain.

Among those who sought comfort from his human was a Golden Retriever whose name remains to be unknown. The video of him receiving comfort from a diaper-clad toddler recently went viral. There was a thunderstorm looming over their part of the world when the video was taken.

Comfort from the tiny tot

The booming thunder and lightning flashes scared the poor thing out of his wits. He retreated to the laundry area to try to shield himself from all the painful shocks he was getting from the thunderstorm. He kept shaking because of anxiety and fear all throughout the storm.

He was under so much stress when a toddler came in and hugged him. He began whining when he felt tiny arms wrapped around him. It was as if he was thanking the toddler for giving him the comfort he desperately needed.

The boy went on to caress his furry friend’s head. He then talked to the dog in a calm tone. It sounded a lot like toddler jibberish, but the frightened pooch seemed to understand what the tiny human was saying. The boy went back to hugging his furry pal when he finally ran out of things to say.

The boy’s presence did wonders in making the Golden Retriever feel safe. When he had finally calmed down, he rewarded the tiny human with lots of furry hugs and wet kisses. Check out their adorable video below:

Well, this little guy is comforting his buddy during a thunderstorm……awwwwww 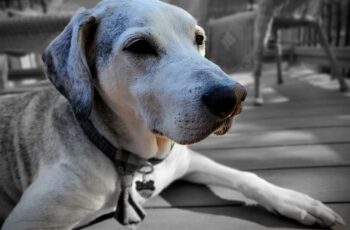 Families of the 150 people who were unaccounted for when … 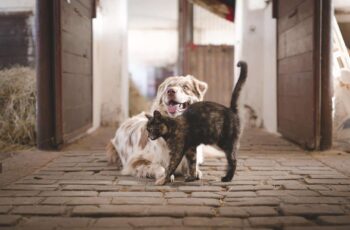 Pit bulls are often considered tough and rowdy because of …