Handling a puppy is definitely a challenge. If you had raised your dog since it was a pup, then you probably know just how much of a struggle it is to keep the animal behaved and well-taken care of. Well, if you already find it challenging to care for one puppy, then imagine taking care of sixteen.

When this Rottweiler gave birth to not one, not two, but sixteen adorable puppies, her fur parents’ first impression was definitely surprising. Soldier Mark Marshall and his wife Laura expected their Roxy to give birth only to six pups as this was what the scan reported. These scans are correct most of the times, so the couple had prepared for six new heads coming into their family.

But when Roxy was obviously in pain during her labor, something was definitely off. The soldier and his wife didn’t actually notice anything wrong initially. They have no prior experience of breeding dogs, so Roxy’s pregnancy was their first.

The pooch hid behind their sofa downstairs, and the couple made her go back to their bed to make her comfortable while delivering the puppies. Roxy kept whining though, so Mark decided to check on her. That’s when he saw the first pup. The second one was lying on their kitchen floor.

Another batch of four pups came next, and by lunchtime, she had a total of thirteen. A few minutes later, the last three got out, and the litter of sixteen pups was finally complete. With that many pups, the couple took turns in feeding the puppies so as not to tire Roxy too much.

After taking care of the litter for two months, they are now ready to go home to their respective owners, all except for Bella whom the couple decided on adopting for themselves. 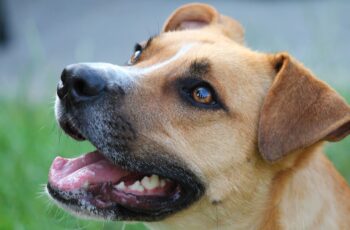 There are reasons why we meet certain people in life. … 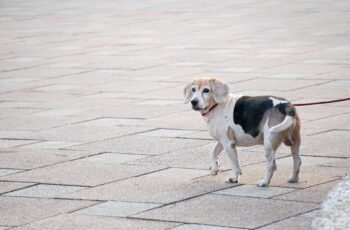